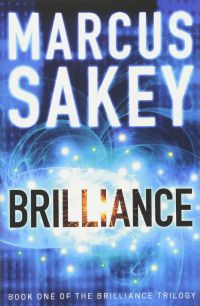 Sakey paints a near future too close for comfort in this stunning thriller, the first in a projected series. About 1% of American children born after 1986—known as abnorms, among other names—are particularly brilliant. A tiny percentage of these are problematic, like Erik Epstein, who understood stock market movements so well he made a fortune that led to the permanent closing of the New York Stock Exchange in 2011. Nick Cooper, a divorced former soldier and a member of Equitable Services, a U.S. government agency with the responsibility of tracking and killing abnorm terrorists, plays a dangerous cat-and-mouse game with the terrorists’ leader, John Smith, and with Shannon Azzi, Smith’s agent. Cooper calls Shannon “the Girl Who Walks Through Walls” for her ability to appear out of nowhere. When Cooper’s children come under threat, he pretends to defect from Equitable Services and reluctantly teams with Shannon. He soon finds his world giddily turning upside down while he sacrifices almost everything for justice and equality. In this parable of democracy’s downfall told in rapid-fire cuts, Sakey upends truths Cooper once thought self-evident, the truths people don’t seem to want any more, preferring instead, “safe lives and nice electronics and full fridges”—nothing less than the tragedy of our times.

This series is science fiction but he writes in other genres as well. 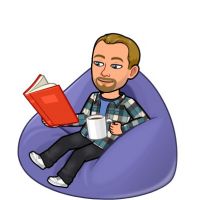