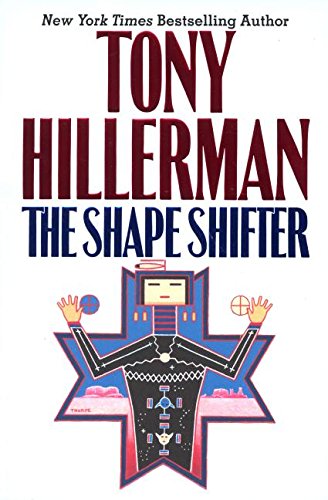 *Online Discussion via Zoom. Please email Rachel at rleff@brookfieldlibrary.org for an invite. Physical copies of this title will be available.

Since his retirement from the Navajo Tribal Police, Joe Leaphorn has occasionally been enticed to return to work by former colleagues who seek his help when they need to solve a particularly puzzling crime. They ask because Leaphorn, aided by officers Jim Chee and Bernie Manuelito, always delivers.

But this time the problem is with an old case of Joe’s—his “last case,” unsolved, is one that continues to haunt him. And with Chee and Bernie just back from their honeymoon, Leaphorn is pretty much on his own.

The original case involved a priceless, one-of-a-kind Navajo rug supposedly destroyed in a fire. Suddenly, what looks like the same rug turns up in a magazine spread. And the man who brings the photo to Leaphorn’s attention has gone missing. Leaphorn must pick up the threads of a crime he’d thought impossible to untangle. Not only has the passage of time obscured the details, but it also appears that there’s a murderer still on the loose.

New York Times bestselling author Tony Hillerman is at the top of his form in this atmospheric and riveting novel set amid the rugged beauty of his beloved Southwest.